TRACI GRIFFIN | boudoir
I offer 2 different boudoir sessions, the Boudoir and the Couture Boudoir. These sessions are very glamorous and not just a gift for your love, but for you too!

BOUDOIR SESSION | an intimate session with photographer Traci Griffin, 60 - 90 minutes in the privacy of your own home or location of your choice. Includes session only, prints and products are sold separately. $350

COUTURE BOUDOIR | magazine style photo shoot with photographer, Traci Griffin. This session is the ultimate in Sexy Boudoir photography. Get the star treatment and feel like a celebrity! Includes a one hour Hair & Makeup session, up to 3 outfit changes and styling, 3 hour photo shoot and (3) 9x12 Fine Art Prints. $1200

DRESSED UNDRESSED | be as sexy as you want to be.
The possibilities for BOUDOIR sessions are infinite! One of our favorite things is to take an everyday outfit piece of clothing and wear nothing else, like a sweater or a pair of sexy heels. Truly, anything can be sexy as long as you show a little skin! A t-shirt and jeans or sheer dress are fun to start out with. We recommend bringing at least one panty and bra set, a pair of boy short undies, fishnet stalkings, lots of fun necklaces and SHOES! SEXY SHOES!!!! Leave the rest up to us!

Ooh and if this is a wedding gift - bring your veil and wedding shoes!

NERVOUS? | please don't be.
We do this all the time and it is so much fun! It's like playing dress up or Barbies with your girl friends! We create a very comfortable atmosphere and before you know it, you are completely comfortable in your skin. Some do find a glass of champagne, wine or beer helpful in calming your nerves.

LESS THAN PERFECT? | no worries…
Even the thinnest of models require a little nip and tuck here and there. We pose to lengthen the body and we know all the tricks in the industry to create visually stimulating images. Our fabulous post production team will hide any of your imperfections and enhance all of your assets!
Posted by traci griffin photography at 3:23 PM No comments:

The location and modus of my learning is always changing, but there are elements of my work that share a common place. From the beginning I recognized a propensity to photograph dilapidated buildings; I always admired the worn antiquated structures. Recently I discovered these longstanding artistic interests align with a Japanese aesthetic called sabi which literally means rust. The broader interpretation is the aesthetic for love of objects damaged by age and time, the beauty of things imperfect, impermanent, and incomplete. This guiding principle interweaves two similar bodies of my work: one project slowly morphing into a second, largely due to a shift in my environment from big city to small town living. The third body of work shares a similar but different Japanese concept called wabi. The words wabi and sabi were not always linked, although they've been together for such a long time that many people use them interchangeably. In fact, there are many tea masters who argue the marriage of wabi-sabi dilutes their separate identities. For the purpose of this statement, I will keep the amalgamation divided.

In the city, I lived in the literary territory of Jeff Byles' Unearthing the History of Demolition and was very much inspired by his ideas of destruction and renewal that “buildings are built with their destruction written into the blueprint.” The cycle of demo/build severely impacts our environment but the real atrocity is that these well-built, timeless archetypes are being replaced by indiscernible complexes with unoriginal character. Before my eyes, the cityscape was in a constant state of flux, the landscape consistently changing. In all that rubble and debris, I found art. (see Rubble; images 1-6) 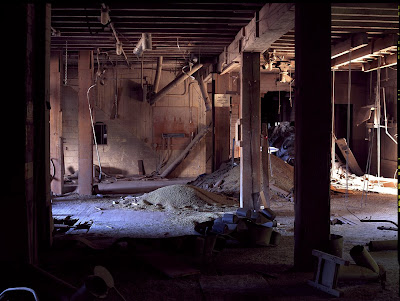 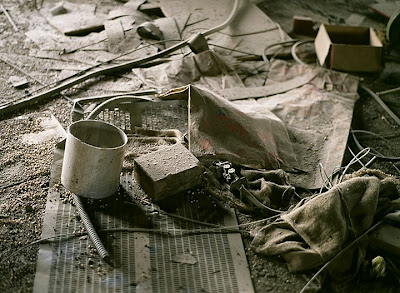 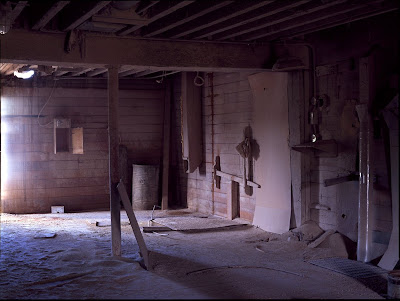 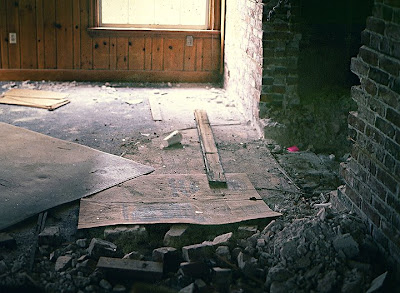 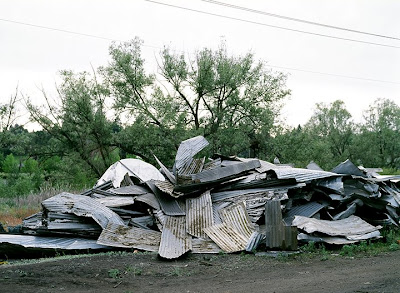 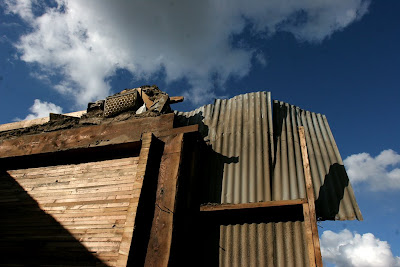 After moving to Pullman I stayed true to my disposition but turned my focus from the urban asphalt and half-hearted landscape to a more benign structure we call home. There are a surprising number of dilapidated, deserted homes around eastern Washington, from once bustling farm houses to one room trailers left neglected by their owners. I have entertained several anecdotes as to why this would happen but the common thread is that these places echo the mark of sad lives and hasty departures. My camera lingers on a few vestigial reminders: tattered window curtains, a bible, a stained mattress; all that remains is evidence of the former inhabitants. Through my documentation I began to question: are objects and space more than their physicality? Perhaps by paying attention we can stumble into something harder to see. For me, in that fleeting moment between the peeling wallpaper, abandoned toys and stale, musty air, I could sense the historic events of a family, or a life, as modest and simple as it were. These photographs are the beginning stages of a further investigation into the ways these sacred dwellings are swallowed up by time but still hold the memories and essence of their former occupants. I will continue this work as I feel it can take on many manifestations. For example, I am intrigued by the items left behind, the residual sediment. These artifacts were once part of a bigger story. I am compelled to use these findings as inspiration to create a series of installations or sculptures. (see New Work; images 7-14) 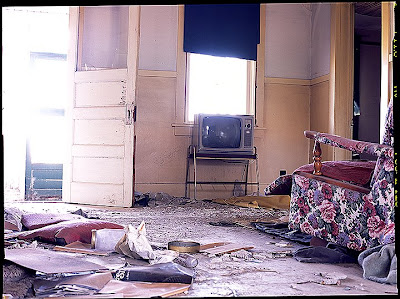 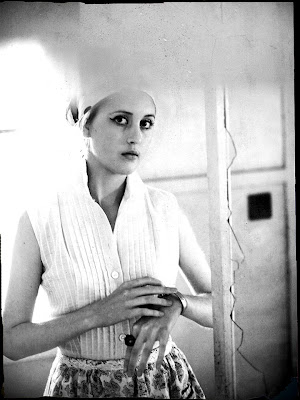 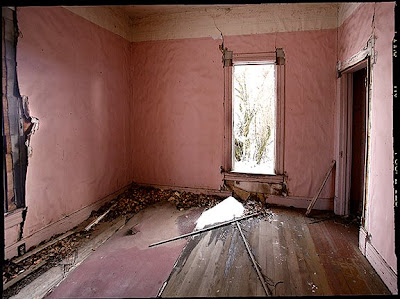 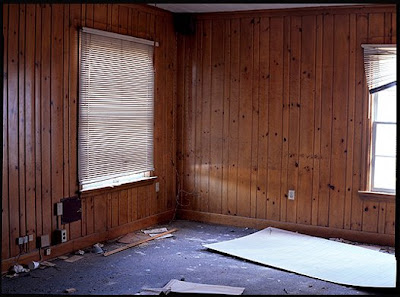 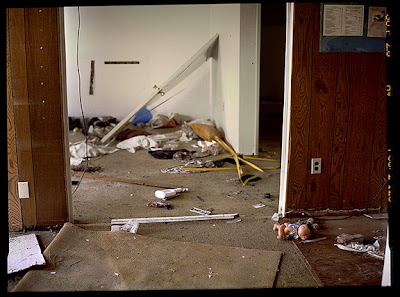 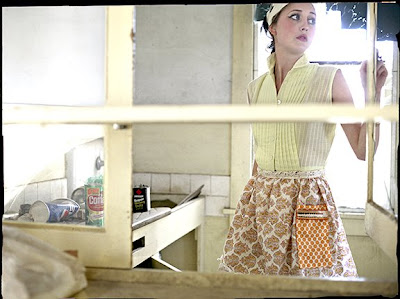 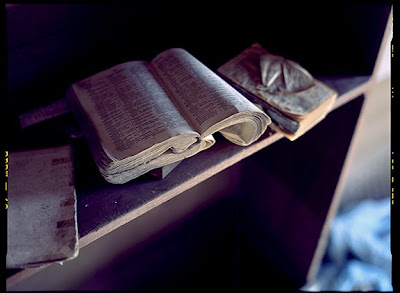 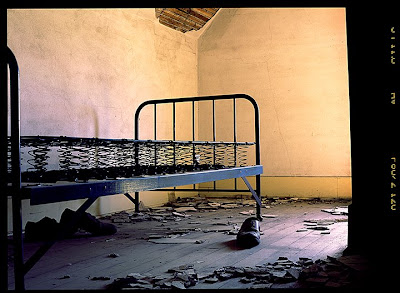 I am also sympathetic to a Japanese aesthetic called wabi, “the bloom of time, the appreciation of simplicity”. It is the understanding that beauty is fleeting and describes a way of life practiced by those who notice and appreciate the significant moments of each day.

I've been fortunate to travel abroad to many different countries. I have hypothesized that in one single, ephemeral day of travel in a foreign country, one can have 1,000 impressions. Major cities like Bangkok, Hong Kong, Kaula Lumpar and Hanoi are amongst the most energizing and cacophonous. In this noisy and visually stimulating state, finding a second of solace, quiet or inner-peace is paramount but also arduous. I've succeeded in describing these volatile moments through the lens of my camera as if the second the shutter released, everything stressful and animated dissolved to a blissful state of visual simplicity, like seeing or experiencing the moment from under a body of clear water. My plan is to build on this work in the future, possibly using these photos for layering via emulsion transfer, paint and resin. (see Provocations; images 15-19) 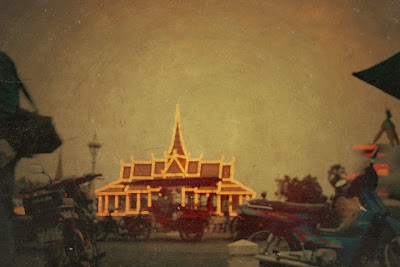 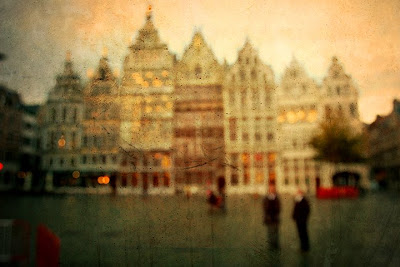 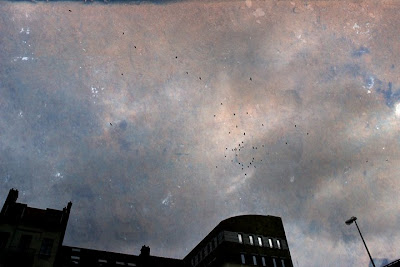 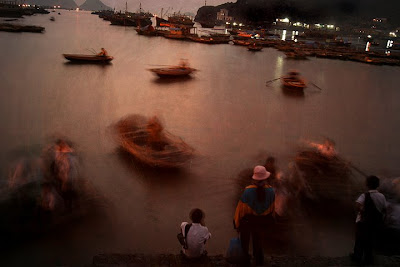 Though my true passion is fueled first behind a camera, I strive to have a diverse practice. Along with a variety of printing techniques, I've worked with resins, fibers, paint, sculpture and other mediums. For many of my images I envision a second emergence; that a negative is not limited to a simple and beautiful print but a potential evolution into a multitude of alternative forms.

Posted by traci griffin photography at 6:51 PM No comments:

My assistant Molly and I had a great year of fabulous weddings and really fantastic clients. Seattle, California, Paris, Rome... 2008 was a riot and we are extremely excited to get this year started! First, a tribute to Molly and what a wonderful job she did. This season Molly will be taking on some of her own clients as well as partnering up as a "second shooter" on a few large weddings planned this year with me. Here are some highlights from Molly's 2008 gallery:

This is Lucy and Paul's Wedding collage - please click on the photo to see closer images! 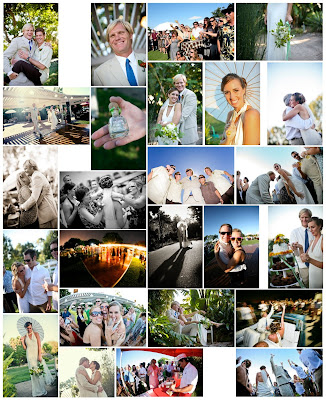 This is Brooke and Zach's Wedding collage - please click on the photo to see closer images! 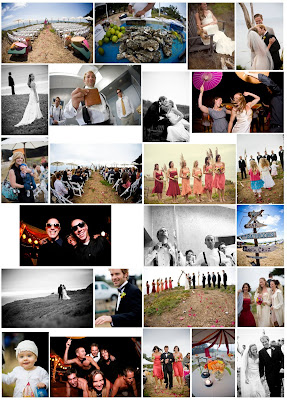 This is Brian and Emily's Wedding collage - please click on the photo to see closer images! 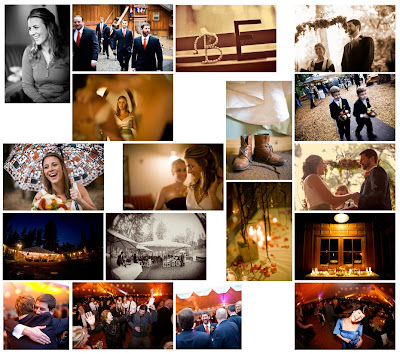 Posted by traci griffin photography at 3:50 PM No comments: